Last Friday, June 8th, Robert Vas Dias launched his new collection of poems from Perdika Press, London Cityscape SIJO. The event at The Rugby Tavern, Great James Street, London, was packed and Robert read quite a few of these new poems. He pointed out that after he had started writing a sequence of short poems about the city, specifically his North London street and neighbourhood, ‘they began to want to arrange themselves into six short lines of observations, episodes, vignettes.’ His conception of sijo reflects its classical Korean character as the popular form that superseded the courtly poetry of the previous age, i.e., before the late fourteenth century; it became the predominant form and was Korea’s chief contribution to world literature. It’s more subjective, lyrical and personal than haiku, and, for Vas Dias, it offers more scope than the Japanese form to employ metaphor, symbol, allusion, and other figurative language.

This is another volume in the excellently produced series of chapbooks published by Perdika Press to which I refer in my article on ‘Pods, Presses, and Pamphlets: Poetry in England Today’ in last September’s issue of World Literature Today (Volume 85, Number 5), the bimonthly journal issued by the University of Oklahoma.

Robert Vas Dias published another collection, from Shearsman in 2010, titled Still. Life and the comments included on the back of that selection include those of Robert Duncan and George Oppen. Duncan’s comments on the earlier work of this prolific poet capture one of the essential qualities of this lively and engaged poetry: ‘What means most to me is how at once humorous (alive to the humours of what was going on in the expression—re-creation—of feeling) and personally engaged you keep the poem.’ 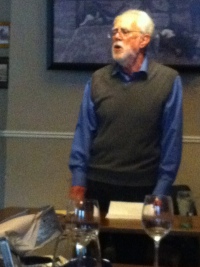 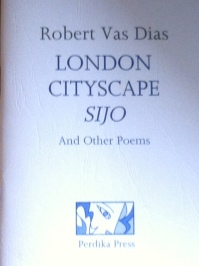