On the Cusp of Shearsman 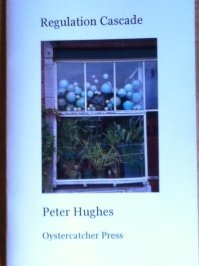 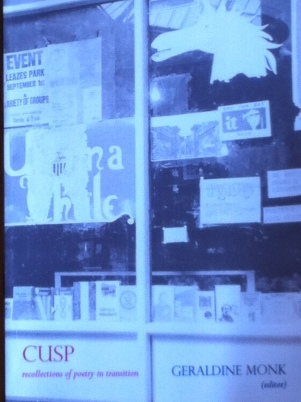 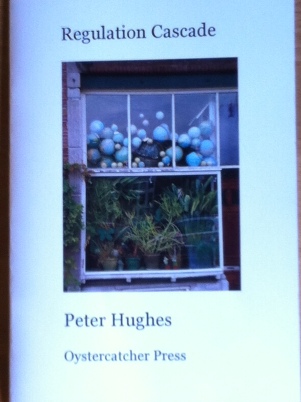 Shearsman has recently published a wonderful book of reminiscences, autobiographical fragments and sheer feats of memory:

CUSP: recollections of poetry in transition

The Preface by the book’s editor, Geraldine Monk, sets the appetising tone:

This book is probably best described as a collective autobiography. With few exceptions the contributing poets write about their origins and influences and how they became involved in poetry. My main objective is to present the spirit of a brief era which, in retrospect, was exceptional in its momentum towards the democratisation and dissemination of poetry. The era or “cusp” I’m concentrating on is between World War II and the advent of the World Wide Web. Already extraordinary in its social, political and cultural upheaval, it seems even more heightened when set against the technological transformation which has since been unleashed.

The series of short pieces, each 8-10 pages long, by writers who were on the front-line of the small-press-magazine-poetry reading world around the country is simply a delight to read. It is a narrative of a world where there was a shared sense of excitement and bravado and its underlying thrust is always that ‘Poetry Matters’. Contributors range from Jim Burns and Peter Riley to Chris Torrance and Kris Hemensley; from Tony Baker and Peter Finch to Paul Buck and Nick Johnson. And more and so many more: Roy Fisher, Hannah Neate, Gillian Whiteley, Connie Pickard, Tom Pickard, John Freeman, Peter Hodgkiss, Alan Halsey & David Annwn, Fred Beake, Glenda George, John Seed, Tilla Brading, Tim Allen, Chris McCabe, Frances Presley, Ian Davidson, Anthony Mellors and, of course, the book’s editor Geraldine Monk.

Peter Hughes’s Selected Poems will be published by Shearsman next year, together with a volume of responses to his work, edited by Ian Brinton