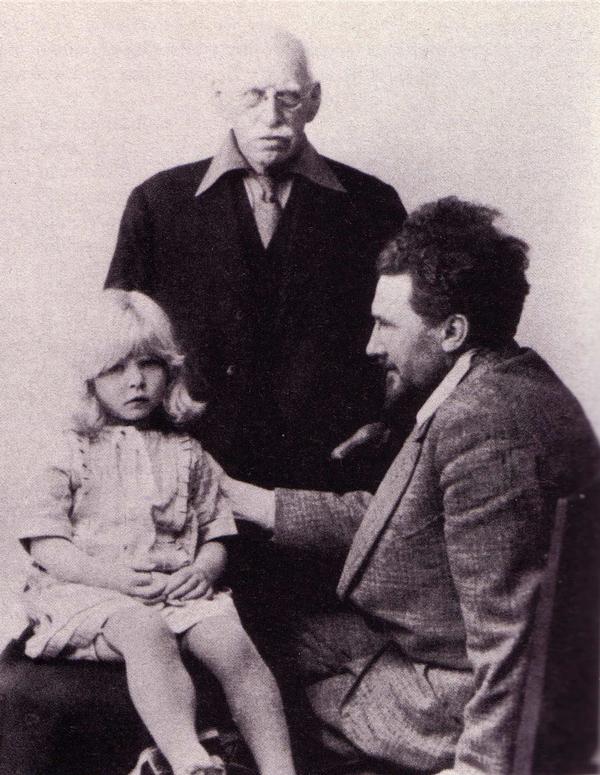 Ezra Pound with his daughter and his father

It’s a thorny issue. Separating the sublime art from the all too flawed life. It’s happened with Larkin, Wagner and countless others. And let’s not forget that in recent years, Larkin has been named Britain’s best loved poet and best post-war poet despite his nasty words about black people and women among other things.

Is Pound irredeemable? Is this any surprise? Is it possible to separate the human from the work especially in the case of poetry, which more than any other art form reflects the particular sensibilities of the creator.

As I said, it’s a sticky wicket. The Guardian talks to Ezra Pound’s daughter.