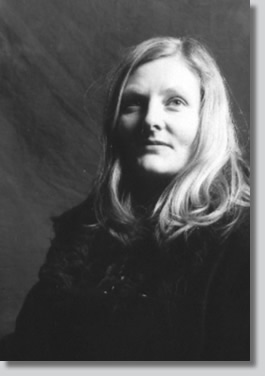 The Wiltshire based poet Lucy English is a friend of Tears in the Fence so we are delighted to hear that she has taken up the role of judge for  the Warminster Festival 2012 poetry competition in October.

We’ve been keeping an eye on this competition ever since it started five years ago. Yes, that’s a million in dirhams not pounds sterling. Even so, it’s still a cool £175,000. Can you imagine such a prize for poetry in good ole’ Blighty? No, we can’t either!

3 January 2012 ABU DHABI – Thousands of applications and months of interviews later, the final 48 poets are ready to battle for the title and Dh1 million prize in the Million’s Poet, the annual Nabati poetry competition, starting today.

The number of Emirati finalists has not been announced yet, but the organisers — the Abu Dhabi Authority for Culture and Heritage (ADACH) and the Poetry Academy — said both the number of applications and the quality of verses have increased significantly and not just from the UAE.

“The judging committee interviewed more than 1,600 people from the thousands who applied, representing 20 countries,” said Mohammed Khalaf Al Mazrouei, advisor for culture and heritage at the Abu Dhabi Crown Prince’s Court and Director-General of the ADACH. The interest in the competition in this fifth year reached an unexpected range of age groups, from an 11-year-old from Saudi Arabia to an 80-year-old from Syria. Their submissions could not be considered, though, as regulations only allow 18 to 45-year-old applicants.

“The quality of the poems we received from the applicants has also improved since 2006, when the Million’s Poet began. This is proven in the fact that now we ended up interviewing 95 per cent of the applicants, while in the first year, we interviewed 40 per cent,” said Sultan Al Amimi, Director of the Poetry Academy.

The themes that interest Nabati poets these days remain the same as ever — love, traditions, nature, motherhood and politics.

For the first time in the five-year history of the competition, several changes have been made both during the selection period and for the show. They don’t know it yet, but the 48 finalists this year will be judged not only for their writing, creativity and ability to recite, but for their personality as well. Thus, psychologist Nadia Bu Hannad will analyse, during each episode, the competitors’ body language and test them psychologically to determine their personality.

“It’s not something fearful. We didn’t tell the contestants yet, so we expect the first experience to be hard, but they will eventually get used to it,” she added.

It is not clear, though, if a person who is branded angry or aggressive, for example, will have points taken from his/her poem, regardless of the quality of the verses.

Al Maghanee, a weekly poetry programme, will also be introduced for the first time in the broadcasting of the Million’s Poet competition.

Experts and non-competing poets will be analysing the previous episode, but the programme will mostly be dedicated to discussion about cultural affairs throughout the Arab world.

Poetry Competition on Climate Change for Adults and Children

Thanks to Emily Hinshelwood in our Facebook group for bringing this to our attention. We love the idea of a competition where adults and children can go head to head on the same subject!