The Gospel of Trickster by Nancy Charley (Hercules Editions)

This beautifully produced book typeset on 16pt Bembo and printed on recycled paper comes with drawings by Allen Fisher, as did Bush’s previous poetry collection Pictures after Poussin (Spanner Press, 2003). Clive Bush has written evocatively of some of the dissenting voices of the late twentieth century in Out Of Dissent (Talus, 1997), a study of the work of Thomas A Clark, Allen Fisher, Bill Griffiths, Barry MacSweeney and Eric Mottram.

Lingerings Of The Large Day consists of a series of long poems, which draws upon the work of seventeenth century poets, scientists and dissenter, when ‘the world turned upside down’, and meditates upon the world then and now. It has a restless probing, a cultural linking as well as a deep veneration of the book and its role in democracy, and comes with a list of resources at the back as well as a sprinkling of quotations at the beginning of several poems.

Ignoring the apparatchik learning
I found their notes above the white noise of history
And dodging the scholars of war
I reached again for the child that wondered
who led me again by the hand my body riddled with life
turning from the waiting for the arrest in the dark
making a line
Fludd, Dee, Herbert, Vaughan to 1647

The presentation and poetic approach recalls the marvellous long poem, South Wales Echo by Gerardus Cambrensis published by Enitharmon Press in 1973, which displayed a deep range of reading and came with copious footnotes. Here though the lingerings of seventeenth century turbulence and brilliance of thinkers, such as John Harrington, William Harvey, John Milton, provide not dissimilar dissenting echoes. There is a similar sense and use of polyphony and rhythm, established by the use of space rather than punctuation. My intention in citing the work of Gerald Casey is more concerned with the theme of both books, that is to say the echoes of books and thinkers long after historical time.

The poems employ a collage effect and move swiftly from one mood to another within the larger arc of the whole:

It is said Thomas James in Bodleian used the Index to order books. Later in 1660, well warmed with strong beer, high priests officially burned his books. In 1683 Oxford also books of dissent. In 1905, translated into Russian, Paradise Lost was popular with soldiers and peasants, although it was not allowed in school libraries.

without trace
to hide in night
begin again

Lingerings Of The Large Day is a wonderful achievement and the Allen Fisher drawings are a joyous gift to the effect of the whole.

The Happy Hypocrite 6, an experimental art writing journal, guest edited by Lynne Tillman (Book Works 2013), dedicated to Nelson Mandela, on the theme of Freedom, has contributions by artists, poets and writers of fiction, theory and essays, mostly, but not exclusively, American. The journal is beautifully designed and has a good amount of stimulating material.

One highlight is Lynne Tilman’s interview with Thomas Keenan on the construction of human rights language. They discuss the assertion by protestors during Libya’s Arab Spring that they were human beings and not sheep suggesting that that the rights and liberties of citizenship were not self-evident and needed to be claimed. I liked this recognition of human rights as something that is fragile and needs to be approached as a movement towards becoming that involves struggle. Paul Chan’s sequence of visual poems ‘Really New Testament’ stimulated with their philosophical asides on artistic expression framed within beguiling language art.  I also enjoyed Lynne Tilman’s Parnoids Anonymous Newsletter from 1976, Chloé Cooper Jones article on the connection between morality and art through Socrates’ ‘The Apology’, Robin Coste Lewis’ long poem, ‘Felicité’ and Sarah Resnick’s story, ‘Time Spent’. The latter piece dealing with issues of domestic work and independence.

The lack of a working definition of Freedom and the editor’s insistence that stories are ways of thinking is a hindrance to a more considered exploration of the theme in global or historical terms. Some contributions are rather woolly and divorced from the real world of differing definitions of the word. Competing concepts and notions of freedom are clearly economic as well as moral and religious. It is here that loss of rights and division has rent more global unrest and difficulty.

Following Milton, Blake and Hazlitt we might argue that freedom stems from the ability to dissent and hold contrary, heretical views and not be detained or imprisoned for doing so. Freedom is thus not about market choice but rather the right to think and act differently to the State and religious orthodoxies. Blake’s assertion that he belonged to the Devil’s Party deepened Milton’s assertion, in Areopagitica (1644), that freedom stemmed from the rights to know, utter, think, argue and choose, into full recognition of heresy as the main bulwark against State and religious orthodoxy. The United States Supreme Court in its defence of the First Amendment refers to Milton’s justification of the rights to freedom of expression and speech. Human trafficking and slavery, the enormous gap between urban affluence and rural deprivation remain chilling facts of life.  It is also possible to argue that we are still in the pre-feminist world where only a few of the Women’s Movement Manifesto demands from 1970 have been realised and several parts of the world deny basic rights of independence, education and morality to women.

Yasmin El Rashidi’s ‘An Imaginary Letter to a Bureaucrat: on permission to publish’ about the right to State funding for a not-for-profit literary quarterly to offer ‘a space for free expression’ in Egypt rather than the permission to publish was disappointing. I do not think that this is either a right or something that is useful. This bourgeois mentality could be offset by independent samizdat publication and the radical tradition of pamphleteering, which historically have won rights. Similarly Craig Owen’s Imaginary Interview ‘The Indignity of Speaking For Others’ from 1982 could more usefully have been used as the start of an essay on the politics of representation now.  Notwithstanding my comments there is much to savour and argue with. Congratulations to the editor and Book Works for producing such a provocative journal. 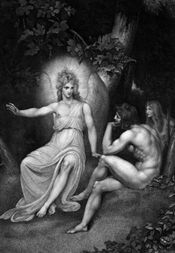 When I consider how my light is spent,
Ere half my days, in this dark world and wide,
And that one talent which is death to hide
Lodged with me useless, though my soul more bent
To serve therewith my Maker, and present
My true account, lest He returning chide,
“Doth God exact day-labour, light denied?”
I fondly ask; But patience, to prevent
That murmur, soon replies “God doth not need
Either man’s work or his own gifts. Who best
Bear His mild yoke, they serve Him best. His state
Is kingly: thousands at His bidding speed
And post o’er land and ocean without rest;
They also serve who only stand and wait.”

Posted in Uncategorized and tagged Blindness, John Milton, Poetry, tears in the fence, The Spectator. Bookmark the permalink.
%d bloggers like this: